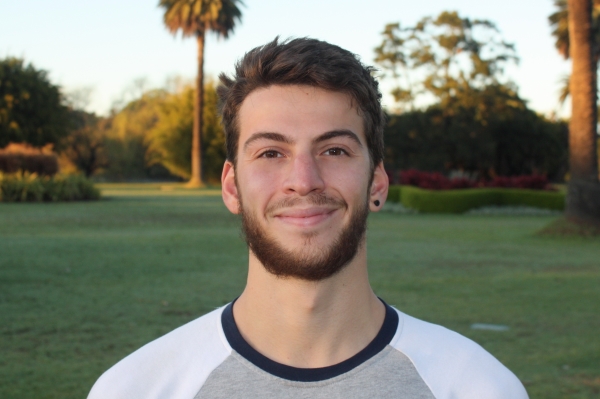 Johann Ruys is one of Sydney’s up and coming stars in the field of personal training, exercise science and elite performance strength & conditioning. Boasting an impressive array of both practical and theoretical skill in the area, he completed his Exercise & Sport Science Honours Degree from The University of Technology, Sydney (UTS) to in 2015. Johann is currently in the completing his PhD and is running the GPS program at the Sydney Swans AFL Club working with the both the Sports Science and Strength and Conditioning teams. While studying undergraduate, he was one of a select few chosen to travel to Qatar to take part in a study at one of the world’s most highly advanced sports science and performance academies. While in Qatar, Johann was both a research assistant and participant, engaging in large training loads over the course of the 4 week study as well as collecting and analysing various physiological markers of participants.

During the completion of Johann’s degree in Sport and Exercise Science, he has gained experience working in the university gym guiding a wide variety of clients towards their goals, combining both training and nutrition in one-on-one and group training environments. He has also has worked privately with a series of clients ranging from athletes to preschoolers, giving him an array of practical experience. Currently, Johann also works for the Sydney Academy of sport as a Sport Scientist, in which role he tests, analyses and trains elite athletes for peak performance. Not only does Johann enjoy the practical side of sport and exercise science, he also has a similar penchant and talent for writing. Johann has been featured in Men’s Health Online, and has been interviewed for Women’s Health and Fitness Magazine twice; both articles due out later this year. Similarly, Johann often writes topical and informative blog pieces for the ATLETA website.

Outside of work, Johann is hard to pin down in a single location. Always active, Johann is a lifesaver at Palm Beach (on Sydney’s Northern Beaches) where he is also a competitive surf boat rower. His affinity with ocean sports doesn’t end there; he teaches at the Northern Beaches Surf School in summer, and is an accomplished surfer himself. When he’s not in the ocean, you will find Johann in the mountains snowboarding, or developing new workouts for himself and his clients in the gym. This unique combination of practical experience and specific knowledge makes him an amazing surf and snow performance coach. Johann also boasts an impressive 13 years of martial arts experience, and uses this knowledge both to push himself in his training and to develop exciting new workouts for clients. An avid runner, Johann is looking to complete his first 50km ultra-marathon later this year, following on from both the City 2 Surf and Pub 2 Pub.

Johann has been involved in competitive sport and training since his child hood. His enthusiasm, positivity and attention to detail, combined with this practical experience and cutting edge scientific knowledge, make Johann the ultimate trainer for you.

Get in Touch Today!